Earlier this month, I needed to make an unplanned personal trip to India. As I prepared to head out, I considered how I’d handle work even as I took care of the family’s needs. And I concluded that it was time to go all-in with the cloud.

So I moved ALL my files to SecuriSync, which is Intermedia’s brand new file share and sync tool. And then, with my iPad and PC in my backpack and my iPhone in my pocket, I headed off to India. And here’s what I learned:

THE MOBILE PRODUCTIVITY CHALLENGE
I’d argue that personal connectivity is a solved problem, both in terms of connecting to colleagues (social networks, email, Lync, etc) and connecting to files (SecuriSync). The big issue is mobile productivity: the iPad tools just aren’t enough for doing serious editing of Microsoft Office documents.

To give one example: I tried downloading one of the more popular third-party iPad apps for the Microsoft Office suite. (I know that Microsoft does offer Office iPad apps, but only if you’re an Office 365 subscriber—which, for reasons nicely outlined on Intermedia’s site, is not a good choice for SMBs that require flexibility). After playing with it for a while, I concluded that it will take some serious effort to get mobile productivity right. (Remember Sun’s StarOffice from the 2000’s and their under-3% market share?)

SO WHAT ABOUT PCs?
Is it all doom and gloom for Wintel specifically and desktops in general?

I don’t believe so. At least, not until mobile computing devices can enable one to create, edit and polish documents. I still need my desktop for email messages with formatting, business presentations, sophisticated spreadsheets, collaboratively edited documents and, one day, for coding. And until that day comes, PCs and devices will co-exist.

In fact, perhaps the whole concept of “replacing” is the wrong argument. What we have today is a toolbox. We’ll simply reach for the right tool.

Tomorrow, when we travel, we will—gladly? sadly?—work 24/7. But we’ll leave the laptop at home and be four pounds lighter. Or, as Jenny Craig puts it: “This is real life. This is real change.” 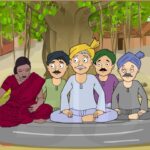 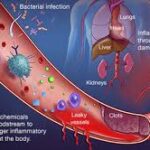