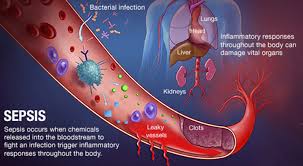 We are thrilled and thankful that my aunt, Parvathi, headed home this week after spending over 2 months in the Apollo Hospital, Hyderabad, overcoming a sepsis attack. She fought back against the odds!

The story behind this recovery is fascinating. And, a lesson for me.

It starts when my father, Prof. A. K. Rao, retired after a 31 yr career at the Indian Institute of Science, Bangalore in 1990. In 1994, he was organizing his finances and had just withdrawn his PPF (Public Provident Fund) — a retirement vehicle analogous to the 401k in the United States.

Enter Dr. Banda Ravi Kumar, physician-scientist-entrepreneur, Founder/CEO of XCyton and a mentee. Ravi was working on a startup to address a key issue in India — developing fast, inexpensive diagnostic tools to save millions of lives in infection-ridden India and other tropical countries. And was using genomics to accelerate this process. Turns out that the IDBI had, in the last minute — after all the legal docs had been printed — walked from an investment in his startup. Ravi tells me that when he came, depressed, to consult with my father, he wrote Ravi a check (for, as we just learned, about 66% of his PPF lifetime savings) on the spot. And, sent him on with the counsel that “you should never let anybody else’s judgement of your technology impact you. You should believe in yourself and not rely on any external source to validate who you are.”

Fast forward 19 years. Parvathi, my mother’s sister, has sepsis and is in the ICU in Apollo in Hyderabad. The doctors inform us to be prepared for the worst while they treat her with broad spectrum drugs. My sister calls up Dr. Ravikumar and blood samples are overnighted to Xcyton in Bangalore. Some 8 hours later, the Xycton team calls back and confirms four bacteria and identifies a fungus and recommends specific drugs (including Caspofungin) for the doctors to consider. Within 24 hours, Parvathi recovers consciousness and a few weeks later is wheeled home.

The take-away is clear, especially for those of us fortunate to be in the Valley — invest in ideas/people that/who can change the world. Do it with your retirement money if you can afford to. Its good Karma! Don’t worry about the rest.

The challenge ahead
Ravi and his team need to transform a relatively expensive and sensitive manual test process into an automated, inexpensive and robust one running on a programmable infrastructure. To create a table top machine that performs nucleic acid extraction, gene amplification and amplified product detection efficiently. Inexpensively. Reliably. Fast. Imagine an easy-to-use “sample in – result out” machine available in every hospital in the tropical world.

If you have any interest in helping — technical (e.g., micro-fluidics, genomics, …), business, funding — attack this Herculean task, pl let me know! 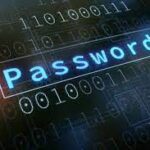