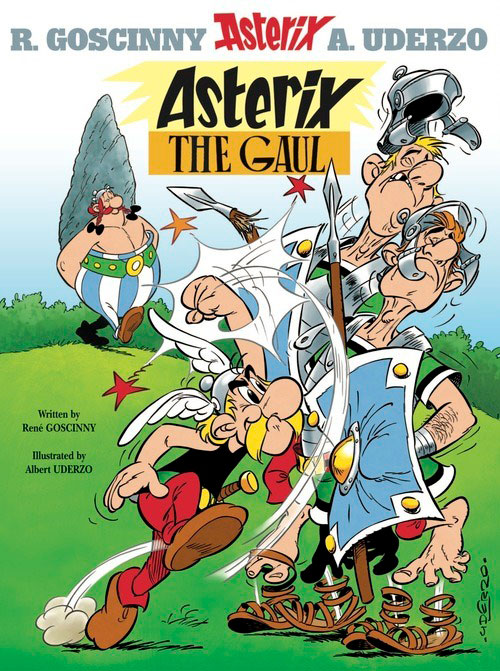 Asterix & Obelix — My friends for life!

Asterix, Obelix and Dogmatix (Obelix’s canine buddy) have been amongst my best friends for the better part of four decades. They have been with and for me through the vicissitudes of life, friends I have laughed and cried with during the ebbs and tides of my life. It is, therefore, my pleasure to launch my book reviews with my perspective on the 39 glorious comic books that their creators, author René Goscinny and illustrator Albert Uderzo, dreamt up for the millions of folks like me since 1961, when Asterix the Gaul was first published.

I first met up with this trio as a teenager, growing up on the idyllic Indian Institute of Science campus. As it turns out, several of the grad students (including my brother!) were reading them in groups, akin to the paper discussion groups that they were familiar with in their labs. That is how seriously they took it. They’d select one of the comic books—then numbering about 25—and get together to read them. They’d quote sections of the book, only to alternate between serious discussions about Julius Caesar, the Romans, the geopolitics of the era and peals of laughter triggered by an apparently hilarious comic strip.

Since then, I will readily confess, I have assiduously assembled the entire collection. I’ll admit to having duplicate copies of some of the comic books—issues that are iconic, introductory, or available to be potentially damaged by a less discerning reader of these treasures. To keeping copies of some issues that I don’t really care about. To collecting them in multiple languages as I have explored used book stores in different parts of the world on my travels. And, perhaps most embarrassingly, to storing this invaluable collection in my personal book shelf in my bedroom—far from prying eyes!!

These books are simply the works of true genius. A few examples to make my case:

A random walk thru the Asterix comics

Like a good bottle of wine, the Asterix comic ages well. The more I read it, the more I discover!

Which begs the question: Is there a recommended way to get to go on adventures with Asterix, Obelix and their wild village band? My sense is that, from a reading strategy perspective, it might be best to start sequentially with the first 5 comic books. Mostly so you are introduced to the characters as they show up and so you get a sense of the creators developing their storylines and craft. After that, I think that one can read them in any order. Having said that, I would be remiss if I didn’t flag the fact that some of the comics are utter duds. My observation is that they were produced during times of transition— for example, when Goscinny passed away and Uderzo tried to take on the writing and the illustrations as well as when newer authors and illustrators were brought on. (Not that different from what we see in my other favorite series, the James Bond series, as actors and directors change over time.)

I find myself re-reading the comic book—the first time to simply enjoy the lovely sketches, the second time to get the storyline, and the third time to enjoy the puns and touches of history tucked away in the nooks and crannies.

Finally, while a bit extreme, might I recommend an annual review? I, for one, spend time every Christmas holiday when we are at home thumbing through my precious collection. This exercise, somehow, makes me feel decades younger. Perhaps because there isn’t anything deep and philosophical?

I want to close out with a word of genuine thanks. I can’t quite recall if I thanked Goscinny and Uderzo as well as Asterx, Obelix and the rest of the crew in my PhD thesis. But, if I didn’t, I’d like to make up for that egregious error and do so now. For, there were many times on that rather stressful journey when things didn’t quite go right. When in a funk, I would ride my bike over to the Stanford Bookstore—the only place anywhere close by where one could access these comic books—and park myself for an entire afternoon reading as many of them as I possibly could. Almost always, by the end of that sojourn, I’d see life very differently, be rejuvenated, and swing right back into the thick of things.

Such is the power of superior comics like Asterix and Obelix. With Asterix, who needs drugs? It’s why I remain a lifelong fan. 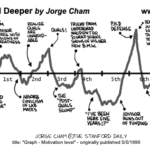