I am a big fan of T-Mobile’s. I am what is called a “Net Promoter”  – I actively canvas friends to switch to T-Mobile; most listen patiently, while a few switch.

As a customer and parent, I love the:

Since switching to T-Mobile, I have reduced my phone bill by more than 50% What’s not to love about this? Especially at a point in time when Comcast is continuously looking to charge me more.

Now, looking at it with my marketers cap on …

I find what T-Mobile has done quite fascinating. They’ve taken a stagnant business model (actually, stagnant # users and declining ARPU = declining business) and turned it on its head. While the pricing is the more obvious customer facing artifact, the real changes are behind the scenes — what they have really done is moved from a focus on the economics of the business to a focus on the customer and his/her pain points. They were willing to lose money to gain market share and (hopefully) return to profitability in the future. Or, get bought out before that.

This switch enables them to behave like a startup and has given them strategic choices that they couldn’t explore in the past.

To understand the impact on their business, I took a quick look at the user count and ARPU. And was amazed to find that they’ve seen a significant bump in BOTH users and ARPU! (Note that their announcements were made in Q1, 2013; January @ CES and Mar 24, 2013)

The key question ahead: What will the churn look like? Have they spent money acquiring this customers, only to lose them (because of their less than stellar service)? If they can control churn, the data above would suggest that they haven’t traded off profit for growth; they have, in fact, returned to profitability and have picked up growth in the process!

As a customer, I certainly am hoping that Legare is scrambling to put every dime he has into improving the quality & reach of his network. I’ll be sure to let you know on these pages if I find that he isnt doing so… and its time to go looking for another carrier. Hopefully, the landscape has changed for good and all of us consumers have better choices available to us. 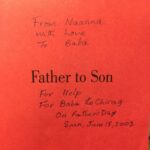 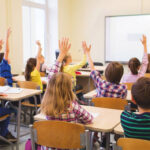