Telecom bills… how much they (and the world) have changed!

I just got off of a telephone call with Surekha, who is traveling in India… As I did that, I realized how closely the kids and I have kept in touch with her. I am struck by how sharply (international) telecom bills have dropped. And, how dramatically the technology that has made this possible has also changed.

Today, for  a fixed fee of $24.99 a month, Vonage lets me use the internet and Voice-over-IP to dial most any phone in India for a zero marginal cost. Yes, zero!! Not surprisingly, Surekha knows how the first piano class went today, what I did (or, more importantly, did not do!) with and for the kids, etc.

Contrast this with a good two score and five years ago, when I first arrived at Stanford. As I recall, AT&T was the only carrier of choice. And, it charged ~$3.23 for the first minute, and something like $2.25 for every minute thereafter — based on a 10 second (or, was it 6 second) tick. A 5 min call, back then, ran me $12.23. Which was a whopping 2% of my total monthly fellowship; and something like 4% of my post-rent amount. All, for a 5 min call. Naturally, I would write down my notes ahead of the call, have a wrist watch with a seconds hand in front of me, and would make a very carefully timed call home. My poor mother barely got to hear my voice, or know how my classes were going, or what was really going on in my life. No relaxed, random, conversation then.

Going further back in time, consider the period when my uncle first arrived in Michigan in the early 60′s. (I have no idea what the costs were like then; I’ll check with my aunt and update this post when I do.) I vividly recall, as a young child in the late 60′s, trooping off to a neighbor’s house (we didnt get a phone in the house till about 1974). The time of the call would have been determined via postal letters well in advance. My dad would lug his Grundig spool tape recorder and the precious microphone that he would attach to the neighbor’s phone/handset. When the call came through, you’d hear the women (the operators, now that I think about it, were mostly women. Do female voices carry further and/or better on telephone lines?) in the exchanges physically patching the call through. As they called out the cities they were in, one could conjure up a map of the world and imagine the line snaking over to Bangalore…. The call itself would generally be of a terrible quality. So, we’d head home and then play the tape back… often at a slightly slower speed to better tell what my uncle and aunt were saying. Once deciphered, a response would go via postal mail! Forget about knowing what was going on; one barely communicated back then!

I am sure that my nieces and nephews (“kids”) who have arrived in the US in the last half dozen  years will be laughing when they read this article. They are so used to the idea of using their Indian Airtel or Vodafone cell, while still on-board the aircraft on the tarmac, to let their parents know that they have landed that they’ve no idea what it feels like to have to start from scratch. How spoiled they are… And how far we have come! Technology has certainly helped shrink the world. As I indicated in the earlier post entitled (“Prasad’s 24 hour migration rule”). 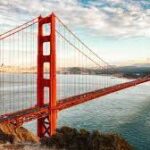