Aboard the Airbus 380 – the world’s largest passenger aircraft!

Somewhere over Nova Scotia, June 6th, 2011 – I write this as I ride on Lufthansa’s AB380 en route San Francisco – Frankfurt. I had to ride on this plane, ever since I saw it swing by, towering over us, while on an earlier trip to Orlando precisely 3 weeks ago. Ok, I’ll just admit it – I am just a child when it comes to these sorts of “engineering marvels!” I needed the “fix.” I’ve been in marketing for too long!

I so vividly remember to this day, the sheer excitement of flying Air India’s “Emperor Vikramaditya” (?) – a royal member of AI’s Jumbo jet fleet – back on December 2nd, 1980. (My brother, Srinivas, celebrated the longest birthday of his life.) The aircraft was gigantic, the lines to board were long, the plane was clearly “modern,” flying was a true treat, and Boeing ruled the commercial airwaves. We flew from Bombay to London’s Heathrow and then on to NYC’s John F Kennedy airport. We were served by generally gracious air hostesses (an “in” job in those days) using proper crockery, provided serious silverware, and, believe it or not, the food was good! (I can still describe the omelet I ate on that flight, some three decades later. In stark contrast, I can’t, for the life of me, recall what was served to me just 4 hours ago.)

So, has anything changed??
With the AB380 replacing the mighty Jumbo jet, has the “old order changeth, yielding place to new?”

Let’s start with some observations:

Changes for the better

Changes for the worse

Changes invisible to the untrained eye

My conclusion? Not a whole lot has (visibly) changed! While utterly disappointed, I guess that this isn’t that different than comparing the Pontiac station wagon my uncle picked us up in at JFK to even a Buick I might buy today… it is after all a body and an engine on four wheels steered by yet another wheel. Yes, so we have a stiffer unibody, a lot of electronics optimizing the engine and the power train, but, in the end, as Mr. Ed would have put it, “a car is a car is a car.” I wasn’t going from a bullock cart to a jet plane. Sadly, it’s all about incremental innovation, once in the category.

The gizmo I enjoyed the most? The multiple on-board cameras that let me(and, for that matter, anyone else on the plane who cared about it) look forward from the top of the tail, the bottom of the belly, and (I think) the nose of the aircraft throughout the flight.

The highlight of the flight? A personal tour of the cockpit—large enough to house 3 pilots, bunk beds and all—once we touched down in Frankfurt! 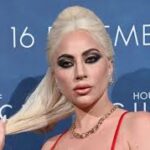 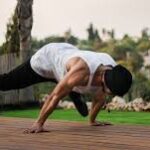 Writing in the internet age — “calisthenics for the brain”