Facebook, every so often, tunes its business model. And in doing so, tweaks the default privacy settings. Triggering rebellion in the ranks. Resulting in Facebook redrawing the boundaries to be more conservative.

While I haven’t, admittedly, delved into the details of Facebook’s endeavors (ok, I do have limited “spare” time and spending time with my family trumps being active on Facebook), I have scanned recent articles on the topic. And, almost always, find my mind wandering back to the lessons we learned at Spoke Software. (Not surprisingly, Chris Kelly joined us as one of *the* first Chief Privacy Officers in the world; and then went on to become Facebook’s Chief Privacy Officer.)

We founded and funded Spoke Software in 2002 on a contract from McKinsey, the strategy consulting firm. And learned very quickly that the partners at McKinsey compete intensely in their roles as rain makers. We learned that we had to build tools that gave these partners “control” over their social graphs – to let them explicitly control who had had visibility into whom they knew and, then, whom they granted access to.

This was a particularly tricky topic because we mined the Spoke user’s email box and address books to auto-magically/implicitly build the social graph (in direct contrast to LinkedIn that came after us and helped users explicitly build their social graph – a topic for a strategic and scientific conversation over a good cup of Indian tea!)

We spent an entire release cycle – and precious and expensive investment dollars and time – building privacy controls into the product. Since privacy was core to the platform, we had to re-engineer from the bottom up.

What we learned was fascinating –

Which leaves product managers and designers with some intriguing questions –

I must admit that I feel for the folks at Facebook – they are trying to build a business model by monetizing the behavioral information of your users. They are constantly innovating. They have no idea what the acceptable social mores are likely to be. And they don’t have an inexpensive way to rapidly test concepts with prototypes.

The best approach, perhaps, is to be completely transparent about what one is doing and why? Message the utility, so the quid pro quo is crystal clear. (After all, don’t we *willingly* give the local grocery story, not to mention Amazon, direct insight into what we are buying in exchange for a few dollars???) And deal with the outliers who will always reject the status quo. 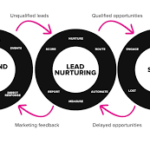